Summary of the Proposed Approach to the Regulation of Cannabis 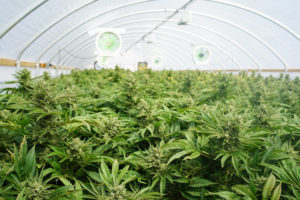 On November 21, 2017 the Canadian Minister of Health announced the Proposed Approach to the Regulation of Cannabis.  The public consultation 60-day period has begun for feedback on the proposed rules which are primarily to layout the framework and regulations around recreational marijuana with medical marijuana rules, for the most part, being status quo.  The consultation paper covers 8 areas including Licenses, permits and authorizations, security clearances, cannabis tracking system, cannabis products, packaging and labelling, cannabis for medical purposes, health products and cosmetics containing cannabis and miscellaneous issues.  The government’s intent is to have the Cannabis Act be approved before July 2018.  Here are the main takeaways from the proposed Cannabis Act :

Currently the license categories include cultivation, processing and selling of medicinal marijuana. The new proposal will allow for an expansion of the cultivation license including micro cultivation, microprocessing and nursery licenses.   Also, outdoor cultivation would be permitted (as opposed to the current regulations that allow for indoor cultivation that is only allowed) though a dwelling house would be prohibited from conducting any licensed activity.  Import and Export of medical cannabis and industrial hemp would be allowed.

The current system has a strict security clearance of individuals with any previous criminal record not being permitted to obtain clearance for producing or distributing cannabis.  Under the proposed regulations, this will be determined on a case-by-case basis whereby individuals who are considered low risk may be granted clearance.

A National tracking system (likely through a public online platform) would be created with the intent to prevent unauthorized activities and/or deter organized crime from conducting activities.  This system would likely be similar to the Establishment License system for drugs and medical devices.  There is currently a monthly tracking system in place for medical cannabis licensed producers. This new proposed system would expand on this platform.

Adopting the labelling standards of tobacco products, the proposed labelling requirements would limit graphics, colours and other packaging aesthetics to deter youths from purchasing recreational cannabis products.  Tamper evident, child-resistant packaging. Limits of 30 grams of dried cannabis per single package and 2.1 Litres for cannabis oil would be set.  Labelling requirements would include such items as product name, description, THC/CBD content and warnings to KEEP OUT OF REACH OF CHILDREN. Health warning statements would be mandatory similar to tobacco products. A Standardized cannabis symbol will be created to prevent accidental ingestion for products with more than 10 ppm of THC.

The regulations for medical cannabis, as outlined in the ACMPR, would remain mostly the same with the access for patients being modified to allow for greater than a 30 day supply if a licensed seller cannot fill multiple orders within a 30-day period.

Health Products and Cosmetics with Cannabis

Health products such as prescription, non-prescription (OTC) drugs, natural health products (NHP), veterinary drugs, veterinary health products (VHP) and medical devices with cannabis may be permitted based on scientific evidence that demonstrate safety and efficacy of these combination products.  Furthermore, cosmetics (which currently prohibit cannabis derived ingredients) may be allowed under the proposed Cannabis Act.

Amendments to the current ACMPR and NCR based on this proposed Cannabis Act would be implemented. Qualifications for designated analysts of suspected seized controlled substances would be determined. Amendments to the practitioners to prescribe, administer and provide based on respective provincial regulations.

Proposed Approach To the Regulation of Cannabis

Quality Smart Solutions is ready to assist companies seeking expert Canada Cannabis regulatory and quality assurance assistance under the current ACMPR framework for license applications and we will be prepared to assist companies on the forthcoming Cannabis Act framework.  Contact us today how we can be your solution!